Chris Regner is an expert in both the fields of video production and hockey.  He has been involved in competitive hockey for more than 35 years, playing travel hockey in Metro Detroit up until Bantam.  In high school he attended Cranbrook where he was a three year letter-winner and part of a state championship team in 1991.  After Cranbrook he completed a post-graduate year on the Williston-Northampton prep hockey team in Massachusetts.  In college he played on the Central Michigan Club team for a year before transferring to the University of Michigan (Ann Arbor) where he played for 3 years, including a trip to the ACHA Division II National Championships in 1999.

As a coach, Chris has always had a passion for teaching people the game.  As a high-schooler he was a counselor at Sergei Fedorov’s All Pro Hockey Camp in 1991, during Sergei’s first year in the league.  Later he became a graduate assistant with the U of M Club team in 2000, following his graduation.  His coaching experience also includes stints for high schools as an assistant coach with the Bay Hockey Reps in 2001 and as the head coach of Woodson High in northern Virginia during their inaugural 2002 season.  He is currently the head coach of his oldest son’s Mite House team and an assistant on another Mini-Mite team for his 2nd son.

As much as Chris loves coaching, his true passion has always been skating.  Trained as a youth by renowned power skating instructor Vicki Standen, he knows the best hockey players are usually the best skaters.  He has instructed at camps for Suzy Sanitate, as well as giving private skating lessons on his own.

Video production is Chris’ other passion in life.  He graduated with a degree in Film & Video studies from the University of Michigan and has worked on both coasts in the entertainment industry.  In addition to working for the NHL as a consultant for on-ice video analysis, Chris has spent most of his professional life working in film or video production.  He worked on TV commercials, music videos, and feature-length films in Hollywood before returning to Michigan where he has worked as a cameraman for news stations in Lansing and Metro Detroit.  Most recently he was an Executive Producer making internal videos for a company that is one of the largest advertisers in the state of Michigan.

The combination of his wide array of experience in both video and hockey allows Chris to provide expert analysis of all aspects of hockey strides while also having superior abilities to clearly communicate his findings through video & editing. 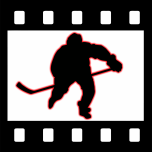